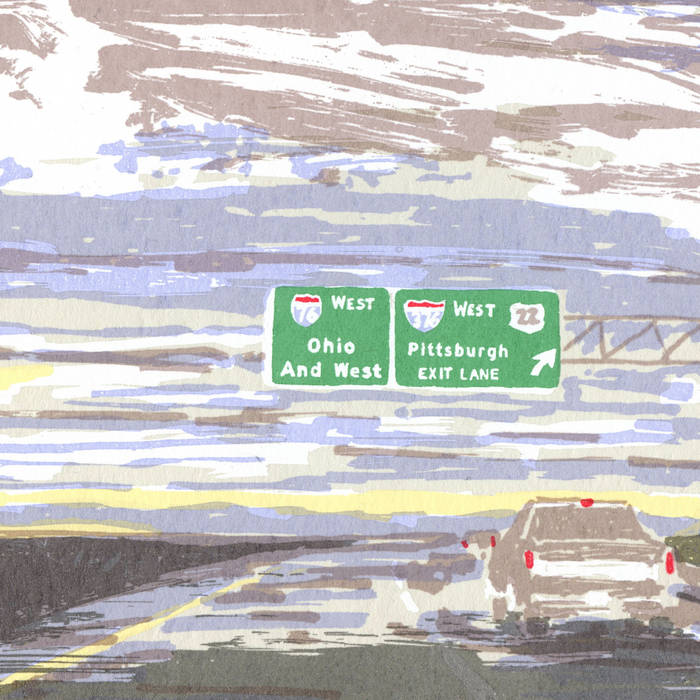 jon & liam If anything is clear after listening to Ohio and West, it’s that these cycles are not only ever-changing but part of a bigger process, one that sometimes isn’t for us to question" - varioussmallflames.co.uk/2019/05/06/real-life-buildings-ohio-and-west/ Favorite track: Racing the Sun.

In March of 2018 I underwent a series of emergency surgeries. One of the surgeries was near my neck, and in the process one of my vocal cords was damaged. Afterwords, I couldn’t really speak above a whisper, and the doctors said it might take over a year for my voice to come back. “I hope you’re not a singer,” they joked. Though I guess I never really identified as “a singer,” it turned out yes, I was a singer.

Throughout my time playing music I’ve always struggled with what my goals are, what my relationship to writing and performing music was. This record was already largely about that; A feeling of being stuck, and of being frustrated of wanting something more of myself and of others. Some were grander musings - like what is an artist's responsibility in making music in the modern world? And some were small things, like wondering if an archetypal chord progression has been used one too many times.

During my time in the hospital, though, I made peace with it. I felt fine - even good - about music. It’s nice! It’s fun! I also felt good about stepping back from singing and performing my own songs. Writing music never felt like a choice that I made, even participating in DIY never really felt like a choice. So it’s perhaps ironic that in that moment when my ability was really being decided for me, it felt like all of a sudden I had a choice to sit down. Coupled with the wave of gratitude and appreciation for all the music my friends were making, I really did feel good about laying down the mantle of Real Life Buildings. A year after making this record, about frustration with music and with where I was, it felt like maybe I was beginning to answer some of those questions, or at least take some of my own words to heart. “It’s important to remember you don’t need this…”

Ohio and West is about music and about cycles: the movement through a song, only to be followed by another song, the ups and downs of touring, time passing, trying again. It’s a bit funny to be sharing it now, after the two biggest cycles it revolves around (the band and where I was living) have both effectively been broken. But perhaps because of that, the songs feel like they might ring true.

we are a band and there are some people in the band and we like to play music.
reallifebuildings@gmail.com

Bandcamp Daily  your guide to the world of Bandcamp